OK, I did have a clue that “Big Foot” was going to show today, as I have seen him several times in the past. So as I was headed through St. Louis, MO (Hazelwood to be exact) on the I-270 loop, I had my camera ready. Now it is documented proof that the elusive “Big Foot” does exist, and I have it on camera to prove it.

Hey looks like he is getting ready to get on the interstate. I hope everyone is out of his way! Sure don’t want to upset this guy! 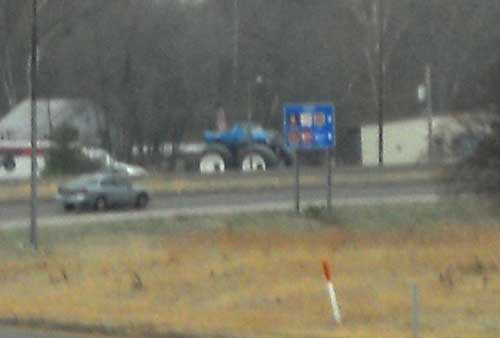 Here he comes peaking around the corner of the building. Ha, Gottcha Big Foot! 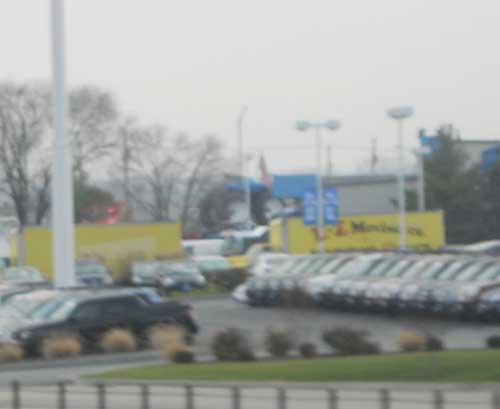 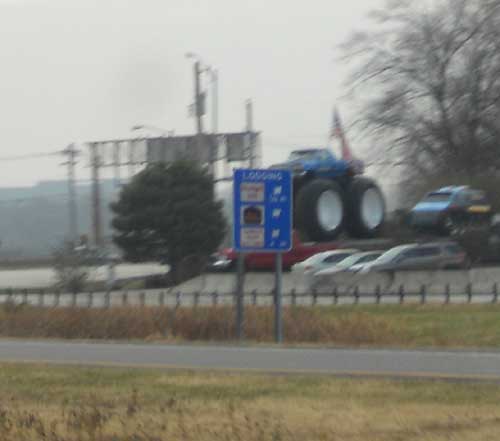 Want to know more about “Big Foot”, “Ms Big Foot” and see even better pictures of “Big Foot 5” and to see the creator Bob Chandler himself, check out “Big Foots” official web site. Hey, there is even videos for your viewing pleasure. He who said you can’t capture “Big Foot” on camera has obviously not tried!