WOW!!! Sure don’t see these beauties anymore. Look at this wonderful ole Chrysler. It sure sounded good when he started it up. Purred like a kitten. I wonder if it was a 383 or a little more gas guzzling 440? Hey, do you think that this is what “Ponch and John” would have been cruising in if they could have afforded more than a couple of motorcycles for the show? This was taken at the Mc Donald’s in Vegas by the Palace Station, which is in the background. 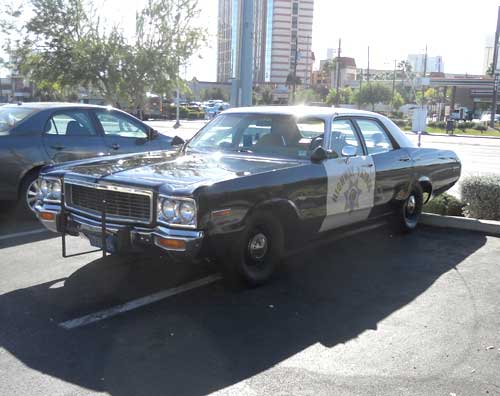 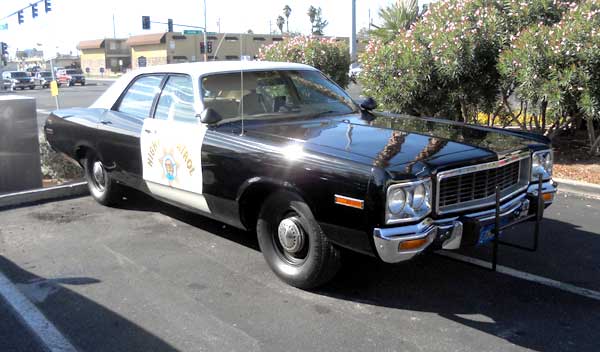 Thing is, I wonder why this guy can still drive it around with the CHP all over it? Because he is in NV? Believe me, he was not even close to an “Officer Of The Law” getting into it. Well, unless of course, he was like way undercover. I mean, so far undercover, I am not sure he could even chase down a do-nut rolling off the counter! By the way he is parked, I guess I could put him under the “Pin Head” category, but I will just leave the poor guy here.