Have you ever been passed by a foot ball while traveling at a scorching 64 mph down the road? Yeah, this thing passed me 3 times and I still did not get a complete picture for you. Hum, if he had made a 4th pass, would he had to stop for a field goal? I was headed east on I-40 in NM headed back to IN for Thanksgiving when this guy shot by at about 75 mph.

This thing was kinda like that old saying: “The Ball Was Getting Bigger By The Second – Then It Hit Me!”.

When I first saw this thing in the rear view mirror and thinking about the saying above, I was thinking it was one of those huge cookers they use in those BBQ cook off competitions. In any case, here is a couple of pics for the “Football Fanatic’s” enjoyment. 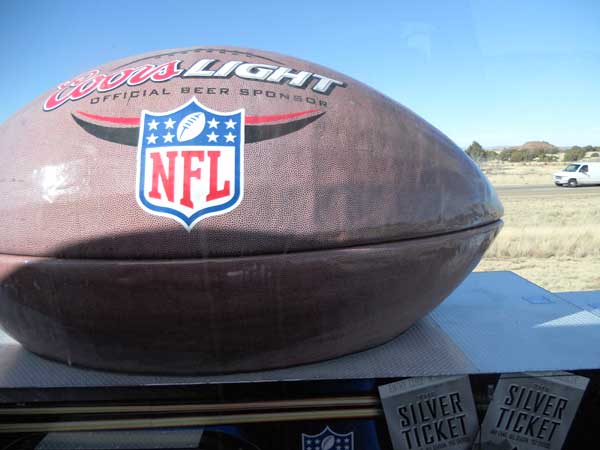 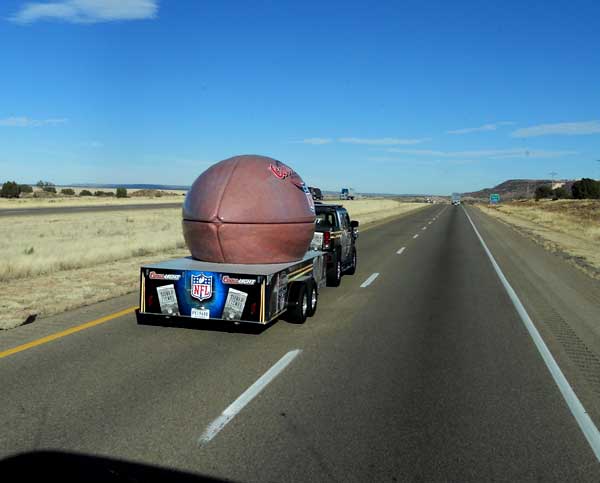 Hum, could that have been a “Manning Pass”? Doubtful, if that was the case, I would not have ever seen the ball again!